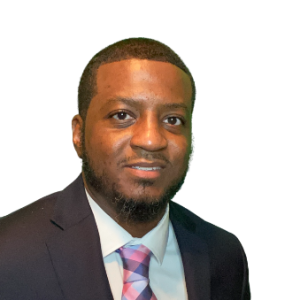 Laravel and WordPress: Which is Better?

Laravel Vs. WordPress: Which Is Better?
WordPress is the world’s most popular website platform and powers nearly 30% of all sites on the internet. More than 60 million websites are powered by WordPress, including some of the biggest brands in the world like The New York Times, Forbes, Twitter, and Coca Cola. And that number continues to grow every day!

On the other hand there is Laravel which has been around for a while but was only recently released as open-source software in 2011. It’s an MVC framework with expressive syntax that can be used for rapid development of web applications following best practices without tight coupling to any particular technology or programming language (i.e., PHP). Laravel is written in PHP and its development team promises to maintain backwards compatibility with the language.

So what makes Laravel better than WordPress? Why should you choose one over the other? Or should you? And how do they stack up against each other when it comes to features, price and performance? Let’s find out…

The main advantage of WordPress is the ease of use. You can create a basic website in minutes, and there are plenty of tutorials and support available online if you need help. The WordPress community is also large and active, so you can find help and support from other WordPress users if needed.

The main disadvantage of WordPress is that it is not as customizable as some other content management systems. If you want to do something that is not in the standard options, you will have to find a plugin or a theme that is capable of doing it before you can implement it. In addition, WordPress websites are very secure, but they also have more vulnerabilities than some other content management systems.

WordPress is an excellent option for bloggers and anyone else who wants to create a basic website. It is easy to use and customizable with plugins and themes, but it does not offer as much flexibility as some other content management systems.

Advantages and Disadvantages of Using Laravel
Laravel is advantageous for developers who are new to the language, as it offers a quicker way of understanding. Laravel is also beneficial for developers who are already familiar with object oriented programming, as it makes use of techniques that are used in other languages. Laravel may not be the best choice if you’re a beginner to PHP development.

Addition to that, Laravel has the benefit of being able to connect with many third party software products. It also includes a Blade Templating Engine which allows for cleaner code. The framework is easy to install and contains comprehensive instructions on how to get started right out of the box.

Laravel is very straightforward when it comes to setting up routes. You can even use shortcuts like draw-io for creating images using HTML5 files without writing any code by using an already existing interface file. There also are built in libraries (UI based) for authentication and routing, making your source code very short and productive without sacrificing security or design. Authentication services are handled by default into that package as, where you’d normally need five or six lines of code to set up a basic authentication system, you only need two.

Laravel also has a built in package called Sentry which detects when certain users are being attacked and how many times the attack was attempted. It also allows you to specify what actions should be taken when an attack is detected such as banning or blocking an IP address or creating an account automatically if one doesn’t exist. The framework also has a debug kit that provides information specifically for developers. This kit gathers information about files, routes and other components and enables you to inspect data and step through your application’s execution.

The number one disadvantage of using Laravel is it already contains so many features, especially since it has many third party integrations, that requires the framework to mature before it can be used in some situations. On top of that, some community members have reported problems with routing and file permissions which could lead to issues. Laravel also has a lot of dependencies on other packages that while not weakly or loosely coupled, can still cause some performance issues.

Another disadvantage of Laravel is due to its popularity, the learning curve may be difficult for people who are new to PHP development specifically. The documentation itself is very thorough but if you depend on tutorials on YouTube or elsewhere on the Internet it’s possible they will no longer work later on when bugs are fixed or features added. Also, some people don’t prefer convention over configuration however this is one of the framework’s main selling points and is a big reason why people like Laravel so much.

Finally, if you don’t enjoy PHP or working with APIs, Laravel may not be the best choice for you. It is very API focused and requires knowledge of how to work with APIs using PHP. The framework can easily integrate into other languages such as NodeJS but it still has its limitations unless you’re willing to get your hands dirty and use tools such as NPM or Composer that aren’t necessary when just starting out with PHP development.

Choosing Between WordPress Or Laravel – Which Is Better For Your Website’s Needs?
WordPress is the most popular blogging and CMS system on the internet. It has been used by individuals, organizations, and businesses for over a decade. WordPress has a reputation as being easy to use which is why it’s so popular on the internet. It’s also very beginner friendly which is another reason you will see more people using this compared to other platforms.

Laravel is a web application framework that runs on PHP. This framework promotes a simpler development process without sacrificing any of its capabilities that you would find in other frameworks such as CodeIgniter or Zend Framework 2. The Laravel framework also provides an expressive syntax, routing support, built-in session handling, middleware support, and an Active Record implementation out of the box.

If you were to choose between the two, which one should you pick? Do this by comparing what each of them can offer you and see whether they match up with your needs. Based on that, the choice will be an easy one for you to make.

Here’s an example: A new prospective client has reached out to you requesting a website.  The client is an aspiring writer that critiques restaurants across the U.S. and wants to get their blog up and running at the end of the month.

The platform you would use for building their website is WordPress!

Here’s an example: Your new prospective clients are tech-savvy entrepreneurs who just launched their new SAAS product that represents a complex online booking system with cool innovative features. They want your help with website development, and they need it to be super impressive and user friendly.

The platform you would use for building their online booking system is Laravel!

The Future Of PHP And What It Means For Developers

The future of PHP is now an important topic for many developers. The reason for this is that there is now a specific 2021 target for the release of php7. This will be the first time that PHP has had a projected release date with such certainty. As usual, there are still some developers who are skeptical but they also see this as an opportunity to improve PHP before it becomes obsolete.

The most common benefits for php7 include improved performance and speed along with increased security, stability, usability, and interoperability among others. It is predicted that by the end of 2020 there will be over 200 million websites using php7 which would make it more than four times larger than any other version of PHP used today.

Many people believe that the reason why php7 is being developed is because of the increase in popularity and use of Node.js and other programming languages which do not require a server to be installed. Instead, they can run on personal computers and increase their benefits as an alternative to PHP.

However, there are some developers who suggest that from a larger perspective this may not be enough for php7 to survive beyond 2021 after all. This is because it will likely have been around for almost 4 decades by then especially if you take into consideration how long it has already been around as far as its first release back in 1994.

PHP was created with a specific set of developers in mind who were building dynamic websites that required databases but did not have enough money to afford expensive servers. As far as this is concerned it has performed well for many years so there is no reason to believe why it wouldn’t be able to perform the same in 2021 too. It should also be noted that php7 will be made available on all major operating systems which will increase its overall popularity and use by developers globally.

Those who are still skeptical about the future of PHP now have an opportunity to help shape what happens with the new version of the language by testing different features now during its early stages. You can do this by uploading your code or plugins on Github, providing feedback, reporting bugs, etc… This means that you are now able to become a part of the development process even if you don’t think you are technically capable enough to contribute directly.

The release of php7 is an extremely exciting prospect for many people who are currently developing websites with PHP or plan to in the future. They see this new version as the best way to leave behind its current reputation of being insecure and unable to compete with other languages which can do more. It will be interesting to watch what happens over the next few years because it seems like the consensus is that there is a massive amount of potential for php7 if all goes well during development.

The decision to choose WordPress or Laravel is a complex and often difficult one. Factors such as your level of technical expertise, the type of website you’re building, and what features are important to you will all affect which framework is best for your project. We hope this article has helped provide some guidance on how to decide between these two dynamic content management systems! If you need any help deciding which CMS is right for your needs, feel free to reach out via email at info@mfjcreative.com. Our team would be more than happy to answer any questions or concerns that may arise in choosing the perfect CMS system for your company’s unique requirements!

Learn more about our company and a myriad of other services we offer to small businesses at www.mfjcreative.com

Subscribe today to receive news and offers available only to our subscribers.